Why you should be watching The Umbrella Academy

So you may have seen a lot of buzz about Netflix's new Umbrella Academy recently. And if you haven't watched the show already and you're a bit sick of run of the mill superhero shows, I push for you to ignore your gut, and absolutely dive into this one headfirst.

Personally, I've fallen out of love with the concept of superhero films, because they all seem to fall under the same narrative, and the characters just don't feel realistic enough to be able to relate, or even care about. But although The Umbrella Academy does have the same saving-the-world overtone, it does it in a completely new, original way.

Starting from before the shows conception, it was based on the comic books by written by Gerard Way and illustrated by Gabriel Ba in 2007 - 2008.

Gerard Way, you would hopefully recognise due to the fact he was the lead singer of (my

favourite) cult emo band My Chemical Romance. In fact, I spent about 90% of my teenage life obsessing over them, and to be honest, am still an avid fan to this day regardless of the breakup.

The band always had distinct themes, characters and storylines to go along with their albums, including many of Gerard Way's original illustrations on covers and inner slip books. So it's no wonder we ended up with such an interesting visual feast with such an individual and stylistic man behind the wheel, interpreted fantastically by Gabriel Ba for the completed comics.

For those who have already read the comics, it is probably worth noting that the show is absolutely not a direct copy. All the characters have the same abilities, personalities and the overall storyline of Apocalypse Suite is still there, but they have an entirely new way of getting there, with new characters and new storylines to give the characters more depth. Most notibly Vanya's storyline/ how she gets there is vastly different, but I do believe if it had have played out exactly as the comics, the series would have just been over too quickly and we wouldn't be given enough time to sympathise for her.Gerard Way stated that he wrote essays on the characters powers/ personalities and handed it to Jeremy Slater so he could adapt the storyline however he saw fit. It has been added that season 2 and any after, may not follow the same storylines as the other two comics, but we will have to wait and see!

Now, enough of the backstory, time for the actual TV series itself!

The cast and it's characters:

Now, as I previously said, I personally have a lot of trouble recently watching superhero

based media as I can't find any of the characters personalities relatable, and thus stops me from caring about what happens to them. However, in The Umbrella Academy I found myself caring for more or less every one.

So here are my favourite characters:

For starters, everyone's favourite character is most certainly Klaus (Seance), a drunk, drugged up, disruptive, non filtered - but bizarrely charming - man. Played fantastically by Misfits (Nathan) star Robert Sheehan. Which we have all missed dearly since his departure from the series in 2011. His performance is wacky, fun, distressing and addictive to watch, and gives off the kind of f*ck it energy we all crave.

The design of Luther (Spaceboy) was especially eye-catching, due to how the body proportions are ridiculously close to that of the comic, and Tom Hopper gives us a beautiful performance of a man struggling to feel comfortable in his own skin. His kindness and softness never stopped radiating out of him with every step. I absolutely adored him and I feel out of everyone I was rooting for his happiness the most.

I just have to mention Adain Gallagher's performance as Five (The Boy), as it genuinely made you believe there was a 50 year old man trapped in a teens body. He was witty, smart, a little psycho and honestly way too talented for a 16 year old.

I won't go on about the whole cast because you'd be here for an absolute age.

But there's one of my favourite romances to ever brew on a superhero show in this series. I won't say who but, you will absolutely be rooting for it in the finale. Because it's such a pure and non pushy relationship that I honestly cannot stop thinking about it.

Each and every member of the group is perfectly cast, with diversity and clear individual personalities that will give you at least one character that you absolutely adore. Guaranteed.

destruction, and although this does have that, the way it flows is entirely different to anything I've seen. For starters, they actually don't know what the threat is until the final two episodes, which leaves you guessing along with them. Each episode flows slowly and smoothly so you can actually take in each character and learn about them, it's quite refreshing to be able to get to know characters bit by bit as apposed to being thrown straight into the whole they're all powerful and perfect thing that a lot of superheroes have. They're all very flawed, they make mistakes and they have to figure out how to cooperate with each other to get it done. No character is perfect.

Each episode takes it's time for you to actually process what's going on. A lot of time jump based storylines can get confusing and way too over-complicated fast, but I found the Umbrella Academy's narrative interesting, and very easy to follow without too much fake science mumbo jumbo slammed in for effect. It's unnecessary and too much over explaining can absolutely ruin a plot and my personal concentration.

The series has not stuck itself into one genre; it is funny, romantic, exciting, action packed, bloody and fantasy driven all in one.

Although critics have slammed it for being too adult for children, and too childish for adults; to that I say absolute balderdash. The Umbrella Academy is the perfect mix of whimsy that hits all the right notes for something fun, unique and unparalleled to any Marvel series. The sets, the costumes, the amazing soundtrack and the overall stylistic look fits perfectly with the themes of the show; they've managed to create a world just a short step away from our reality which seems large and open to so many more stories, whilst not falling down the path than many DC/ Marvel shows have shown us, and just making it dark and gritty looking to appeal to more adult audiences.

Although I cannot praise it enough (I might be a little bias) I really would urge you to give it a go.

In the end, even if it's not your favourite thing in the world, you will absolutely have tonnes of fun. 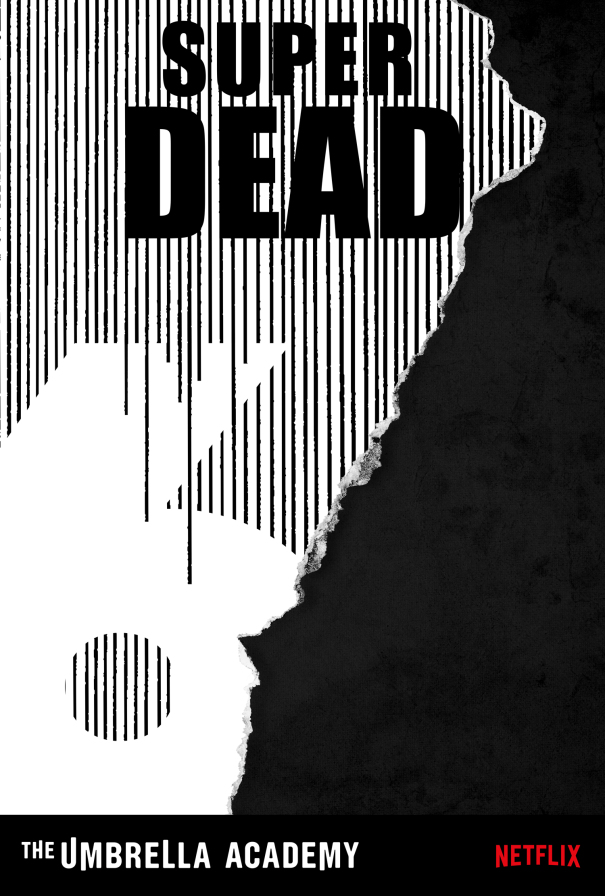 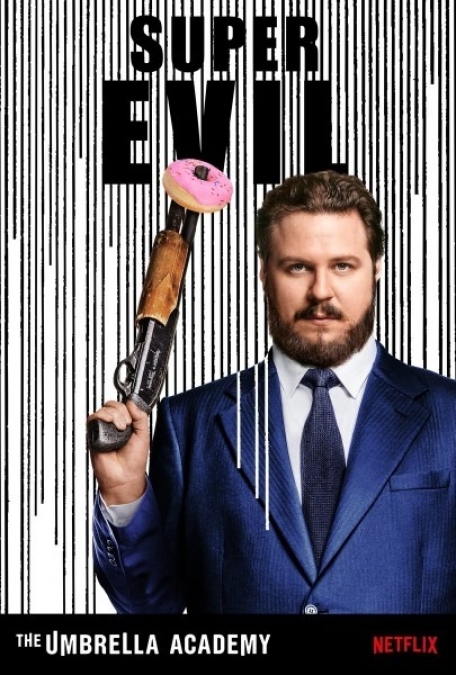